Gluten Free Apple Crisp recipe chock-full of warm gooey apples and topped with an easy, quick-to-make gluten-free crust. Your guests will never know it is gluten-free, vegan and even lower-sugar! 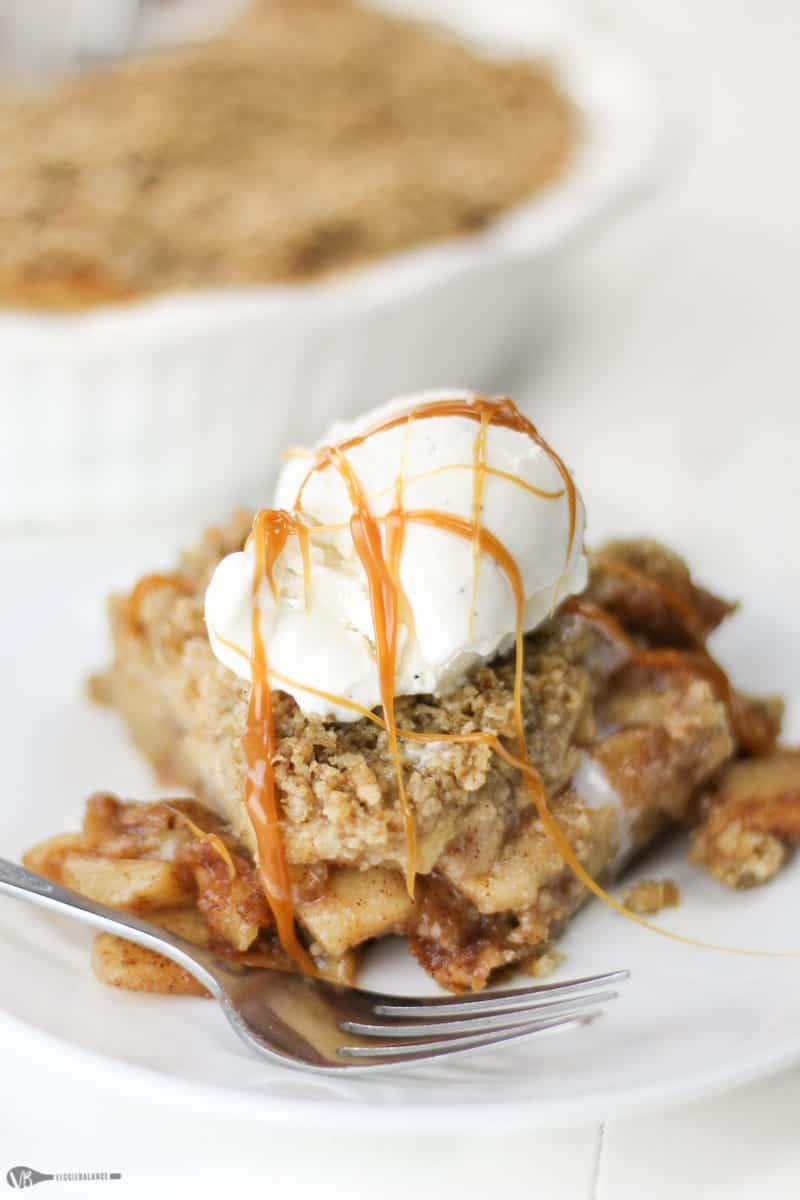 We went apple picking. Guys, we had so many apples I had no idea what to do with them. Cue moment when ‘lazy and throw it together to make an easy gluten free apple crisp’ happens.

The first time I made this it was a spur of the moment thing. I was in my pajamas at 10 o’clock at night. It was a throw-things-together-I’m-not-even-sure-this-is-going-to-taste-good kind of moment.

Ermahgerd–on that first ooey gooey cinnamon apple and crisp oatmeal buttery bite. I could NOT STOP EATING IT.

Two days later, I’m making another apple crisp, I kid you not.

Something had to be done with all those apples, right?

I make this easy for you, though. This is an apple crisp so easy to make, you can make it late at night in your pajamas. #LifeGoals

Heck, I’d even recommend making it while everyone else is sleeping so that you can have it all to yourself. // Just kidding. Sort of. 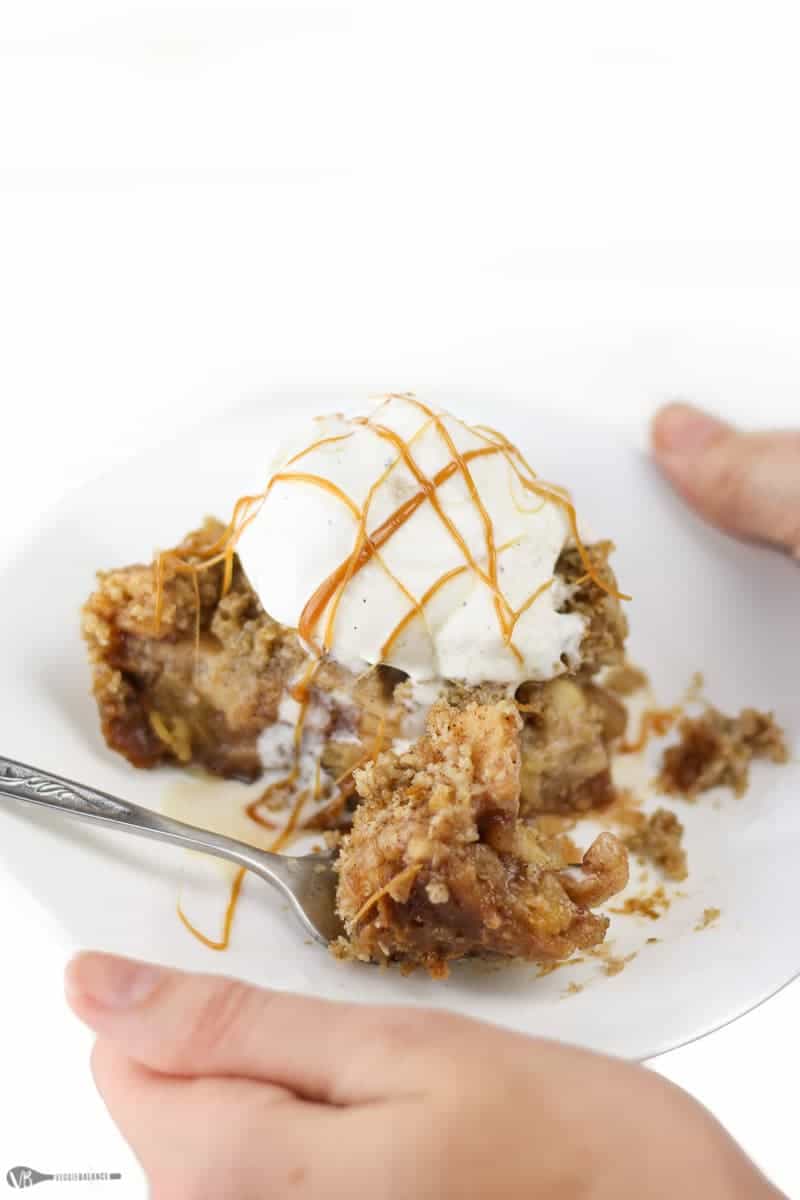 I personally absolutely love an my gluten-free apple crisp with oats on top. The perfect buttery combo of cinnamon, oatmeal, and a taddd bit of brown sugar and flour creates that perfect crisp in an apple crisp recipe.

And that, my friends, is how a no fuss, quick and easy gluten-free apple crisp is made in the VB household.

We make apple crisp every year, and last year I made it without any bottom crust.

But from now on, it will be made this way. Topped with a scoop of ice cream, we have that perfect warm oatmeal crisp melting that creamy ice cream.

It really is an ERMAHGERD moment. 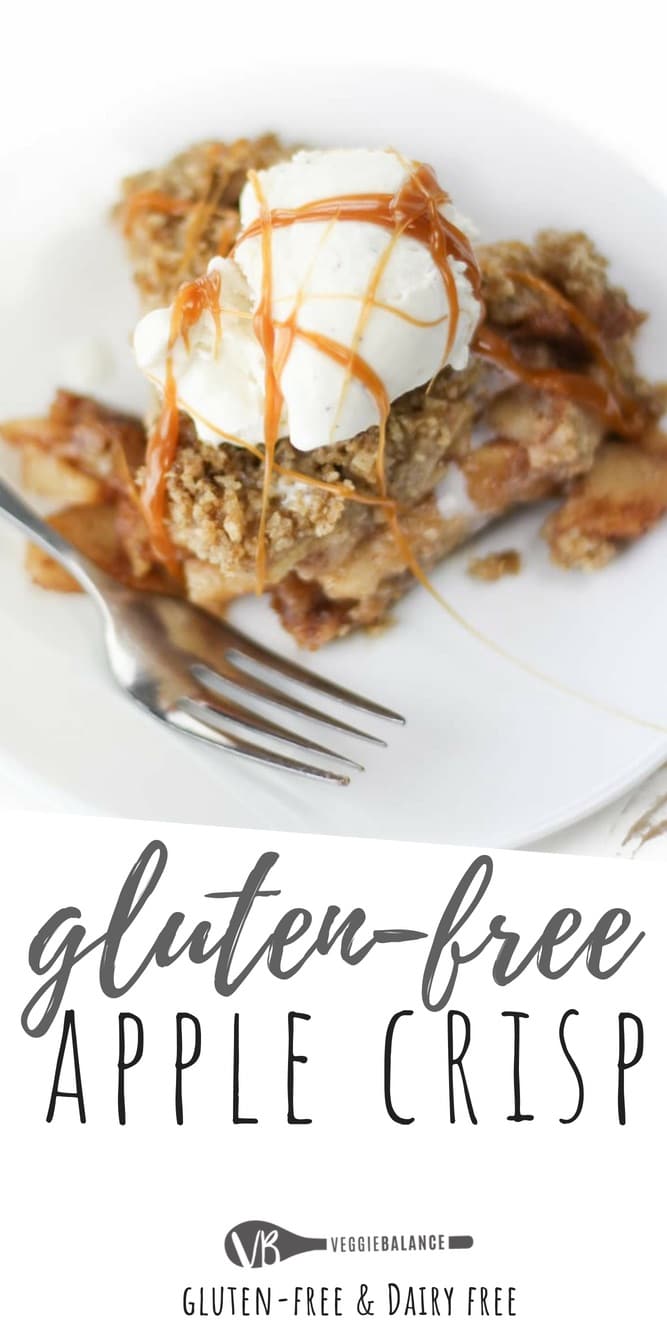 This works perfectly with normal butter OR dairy-free/vegan butter substitute. Use whatever your diet requires. And, if you need a dairy-free ice cream option, there is a great one that we’ve topped onto these brownies.

What can I say, I love ice cream in all forms, but especially when it is topped onto this warm, gooey melt-in-your-mouth gluten-free apple crisp.

Apple Crisp is life my friends. It is life.

Gluten-Free Apple Crisp recipe chock-full of warm gooey apples and topped with an easy, quick-to-make gluten-free crust. Your guests will never know it is gluten-free, vegan and even lower-sugar! 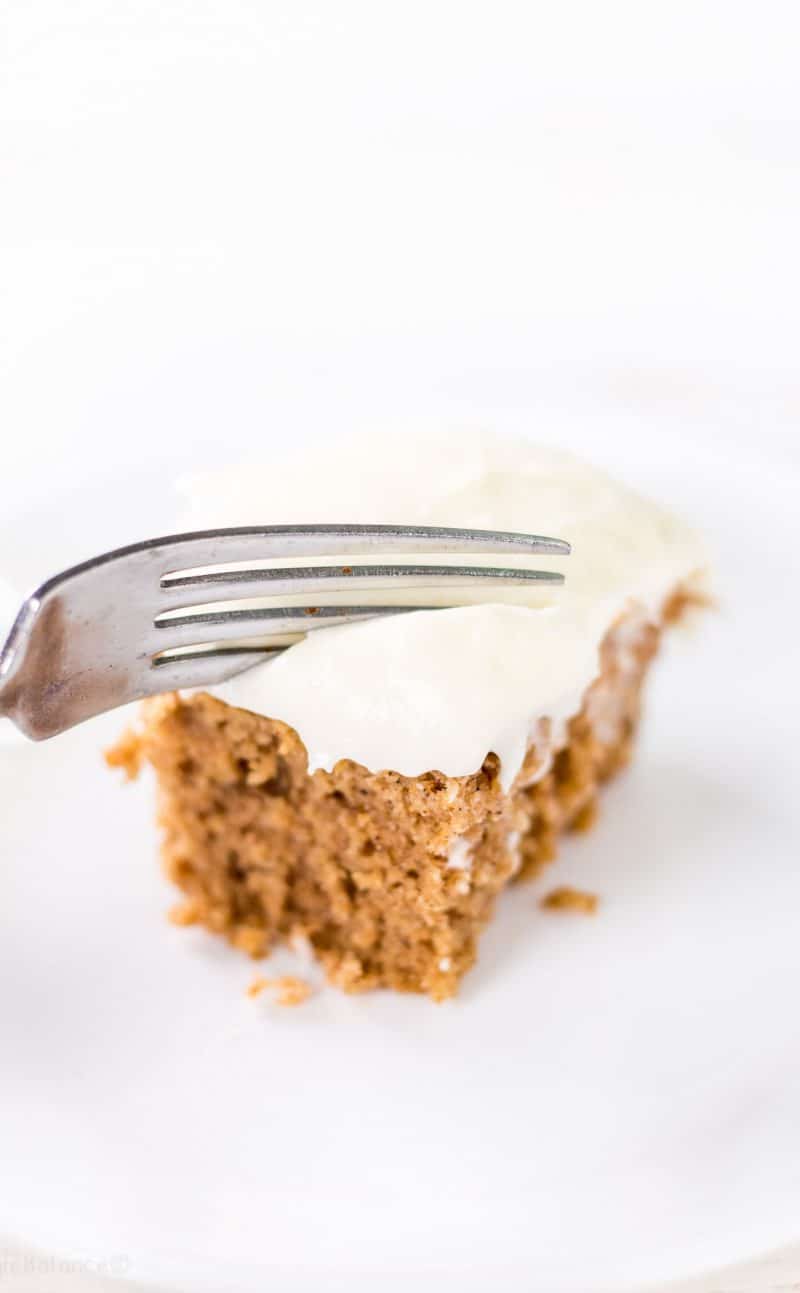 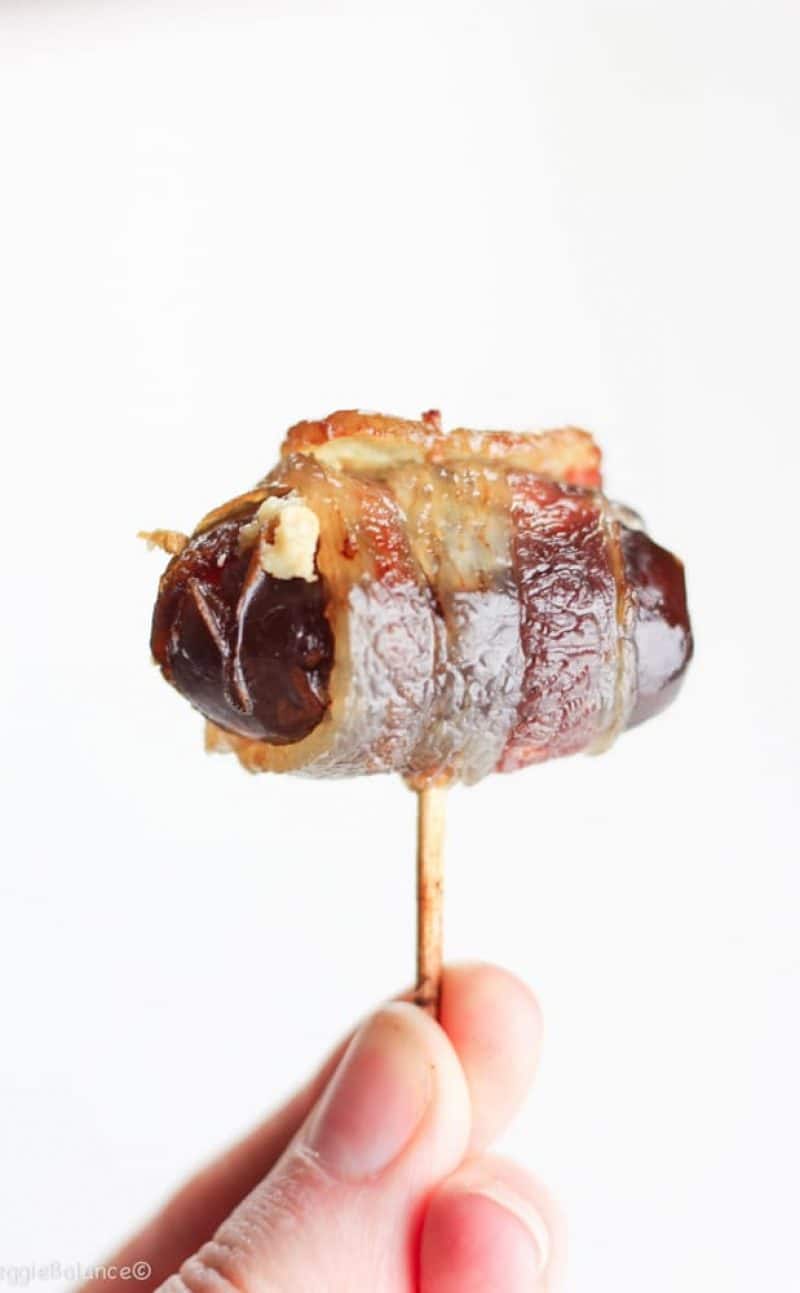 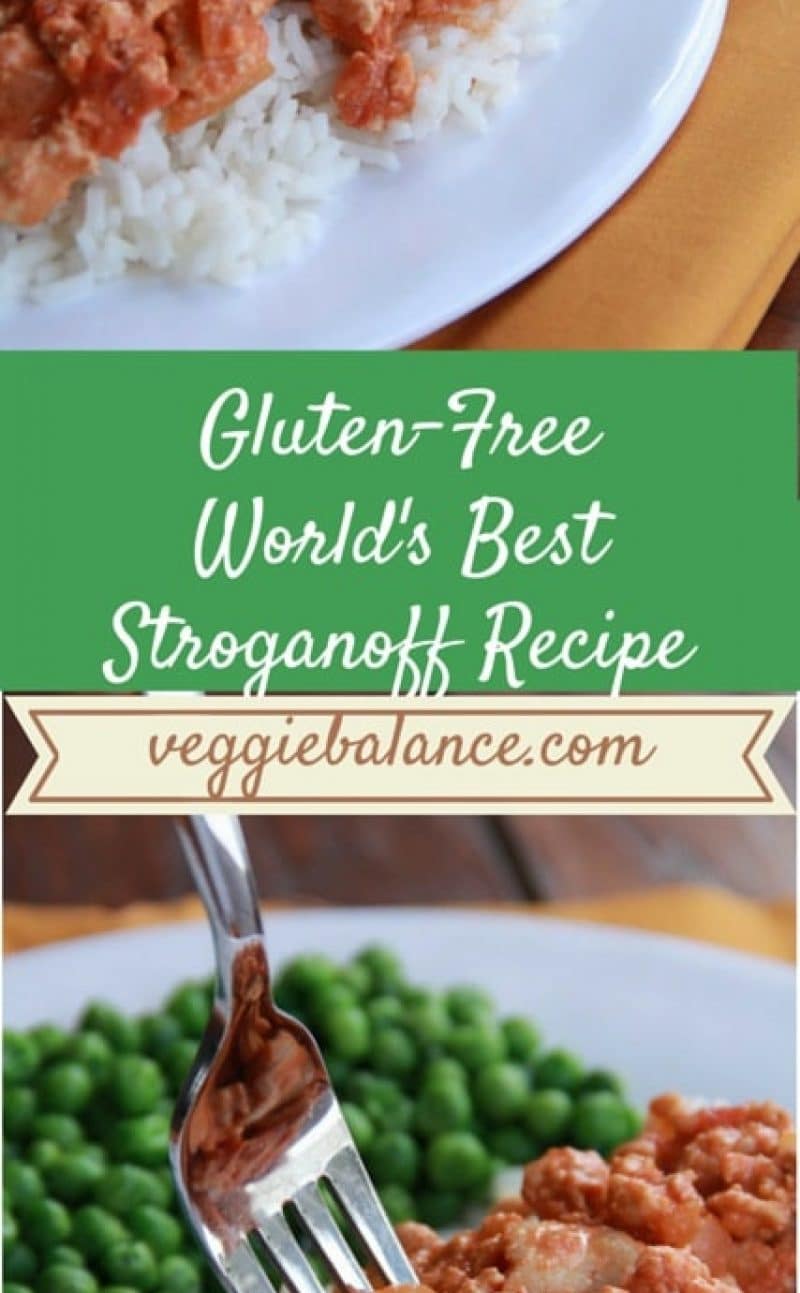 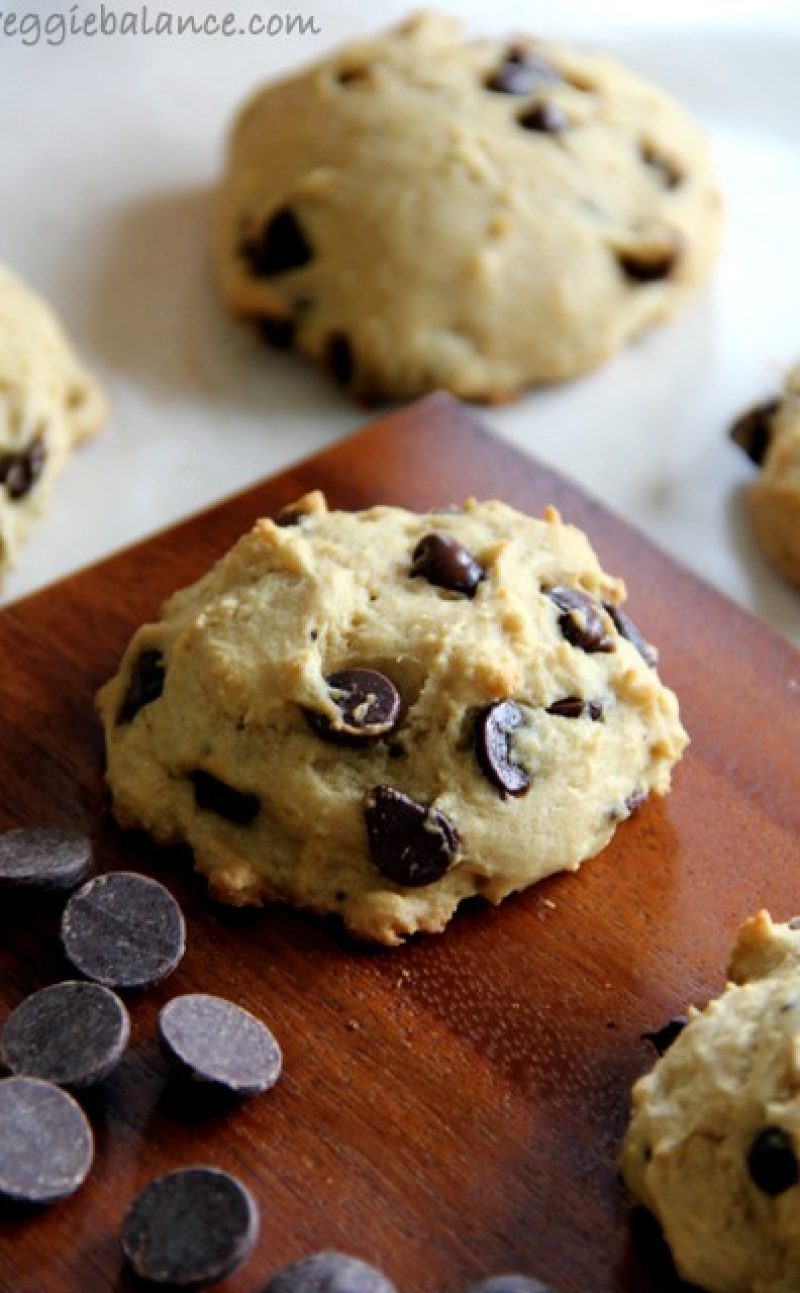